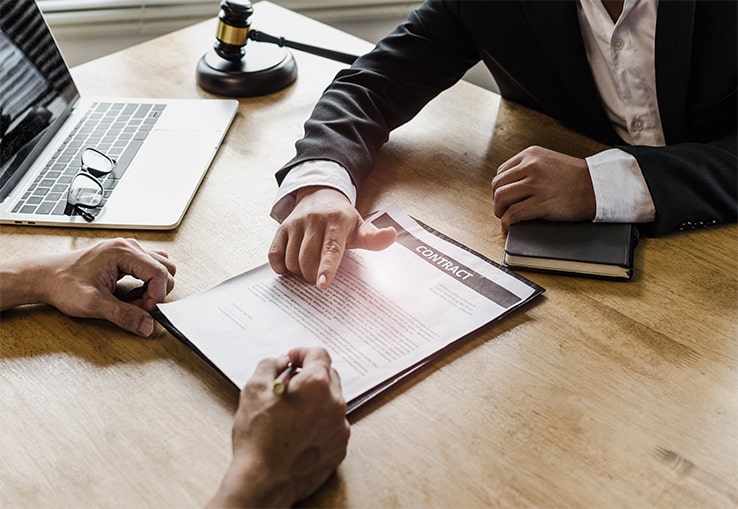 The least enjoyable part of owning an investment property is likely eviction for most people. We will handle the eviction process from initial filing to completion by following Florida state procedures. We are well-versed in the process and work with legal counsel, when necessary, to make sure that the process is as smooth as possible during this challenging time. We’re here to take the fear and uncertainty out of the entire process.

Keep in mind, we offer Eviction Protection to each and every one of our clients! While we use best practices during the tenant screening process to mitigate the risks of any evictions, some things are better not left to chance. Give us a call or shoot us a message for more information regarding our Eviction Protection Plan.

A DIY Landlord's Guide to Hiring a Property Manager

Get your home rented quickly with our marketing expertise on your side. We use multiple advertising and promotional tools to spread the word to the largest possible audience of local tenants.

Keep yourself protected against unsavory tenants who cause nonstop problems. Our application process includes detailed screening, with financial & background checks. We only place great renters.

Tired of chasing after renters who don't pay on time? Let our accountants take the reins of your rental home. We send out monthly bills, collect incoming funds, and follow up on late accounts.

Say goodbye to the maintenance headache, once and for all. Our team coordinates repairs with tenants, handle work orders and invoicing, and makes certain completed work meets our internal standards.

Keep a close watch on your property's health. We schedule regular inspections for every home in our portfolio. These visits give us the chance to make certain everything is on the up and up behind the scenes.

Want to crunch your latest numbers? Looking to review your current expenses? Sign into your online account at any time to take a look at your monthly statements & notes from our team.

How much rent for your investment?

"This is a solidly run company who will give you good service, advice, and help when you need it. I wouldn't use anyone else!"
- Colleen Smith

With our results guarantee you don’t pay us until we show results!

We believe in our ability to find you a great tenant!

If we are unable to lease your home in 30 days or less we will give you ONE month of management free!

For approved pets, we guarantee up to $1,000 in damage protection for any pet damage above and beyond what the security deposit covers.

Learn what makes us the perfect partner for your investment.

Healthy, Effective Communication is Our Priority.

As Jacksonville property managers, our goal is to create a healthy working relationship with every client we represent. We keep you aware of what's happening in your home and we return calls & emails quickly.

Our Team Understands the Needs of Modern Renters.

We work with tenants day in and day out, and we know what renters want to see in potential properties. We use this expertise to help our clients optimize their homes for success. Lower turnover rates & happier tenants say it all.

We Never Sacrifice Our Integrity or Commitment to You.

We build mutually-beneficial partnerships with our clients and base every interaction on our commitment to honesty and transparency. We'll never hit you with hidden fees or take advantage of you—our desire is to help you succeed, plain and simple.

Looking for Experience? You've Found It.

When it comes to rental properties in Jacksonville and the surrounding area, you won't find a more accomplished or experienced team. We've helped countless property owners over our 15-year history on Florida's First Coast.

Excellent staff and very eager to solve my problems. For example, when the hurricane hit I was concerned about my property and right away my property was looked at with good news. Try them!
- Javier Castaneda

Thinking About Investing in Real Estate in Jacksonville? 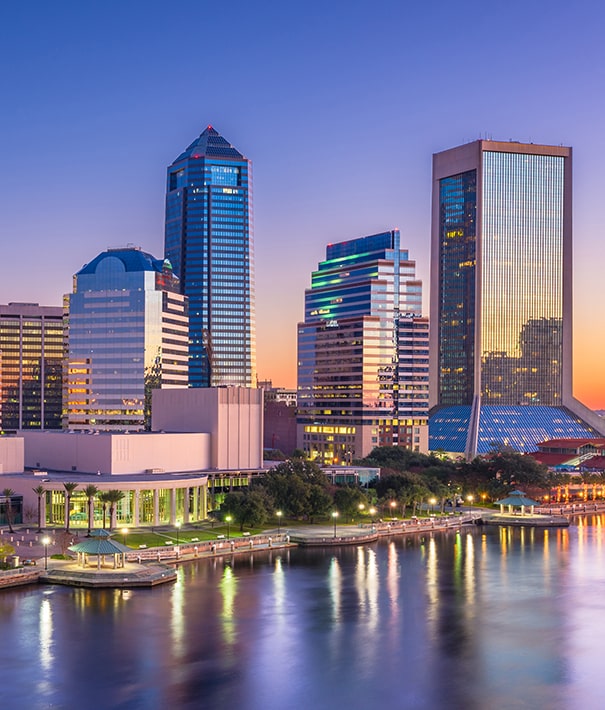 The area that today is known as Jacksonville has a long history - originally inhabited for thousands of years by the Timucua people, it then became a French colony in 1564. In 1821 American settlers planned a town and named it after President Andrew Jackson.

Jacksonville grew to become the most populous city in Florida and has an estimated population of 892,000 residents. As a harbor city, it is a major military and civilian deep-water port with naval establishments like the Naval Air Station Jacksonville, the U.S. Marine Corps Blount Island Command, and the Port of Jacksonville. Jacksonville's military bases and the nearby Naval Submarine Base Kings Bay form the third largest military presence in the United States. It is also a rail, air, and highway focal point with Jacksonville International Airport serving the city.

Jacksonville enjoys natural beauty from the St. Johns River and the Atlantic Ocean and has many parks that provide access for people to boat, swim, fish, sail, jetski, surf and waterski. Several parks around the city have received international recognition.

THINKING OF INVESTING IN JACKSONVILLE?

Jacksonville is centered on the banks of the St. Johns River in the First Coast region of northeast Florida, with its residents and visitors having access to breathtaking natural views and ocean pleasures.

It has long had a regional legacy in banking and finance and Jacksonville is home to many prominent corporations and organizations, including the headquarters of four Fortune 500 companies. Other significant factors in the local economy include services such as insurance, healthcare and logistics. As with much of Florida, tourism is also an important part of Jacksonville's economy, with golf being an especially popular draw.

There are more than 500 neighborhoods within Jacksonville's vast area, with single-family homes comprising roughly 60% of the properties there and apartments 23.7%. Trends in Jacksonville show a 7% year-over-year rise in median sales prices.

WHO IS GREEN RIVER PROPERTY MANAGEMENT?

We are Jacksonville property managers with a goal to create lasting, healthy relationships with our clients. More than just rent collectors, we use powerful marketing tools to make sure your property doesn't stand empty, thoroughly screen potential tenants and deal with the maintenance of your property. Our knowledgeable staff understands the needs of modern renters and have helped countless property owners over our 15-year history on Florida's First Coast. Green River also offers a free rental analysis of your property to determine how to maximize its earning potential and how to increase it.

Learn how we can make your life easy.

Explore our flexible property management solutions with a member of our team: 904.807.­8331